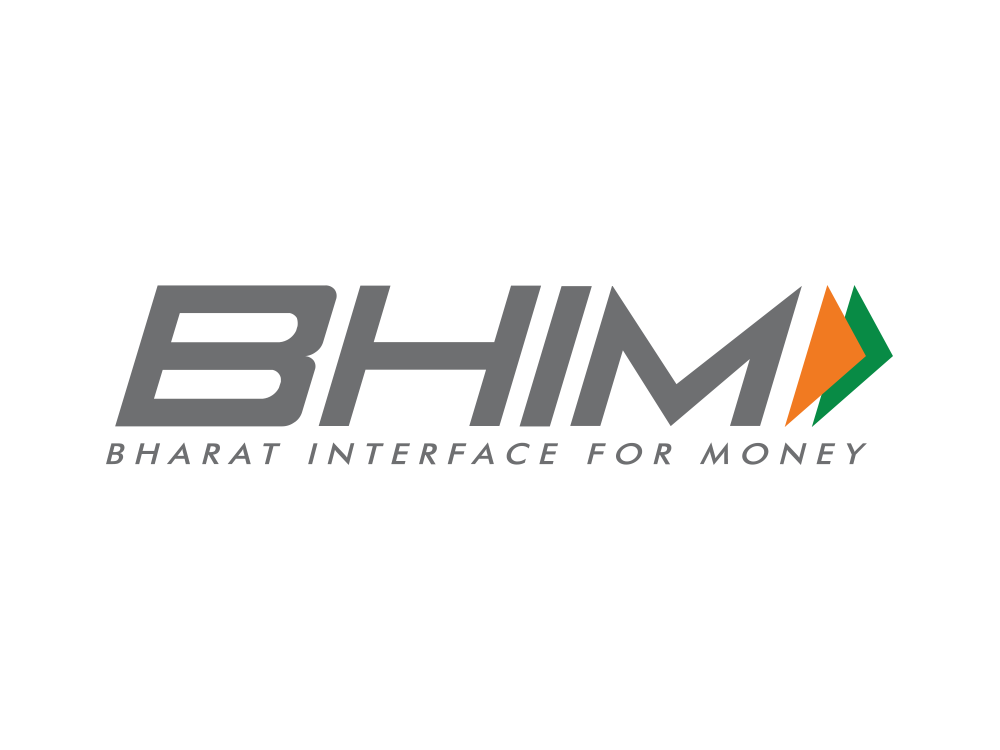 Developed by the National Payments Corporation of India, BHIM (Bharat Interface for Money) is a Mobile Payment App that uses Unified Payments Interface (UPI) to process payments. Named after Shri Bhimrao Ramji Ambedkar, the App was launched by the Hon’ble Prime Minister Shri Narendra Modi at the DigiDhan Mela at Talkatora Stadium in New Delhi on 30th December 2016 and since then, it has been downloaded by more than 15 million users. It enables e-payments directly through banks, thereby encouraging cashless transactions. Supporting all the Indian banks using UPI, the App is built over the Immediate Payment Service infrastructure and enables instant transfer of money between bank accounts of two parties.

The Logo for BHIM is a Wordmark Logo comprising of text, typeface, and unique typographic elements used along with a graphical element i.e. fast forward in tri-colour of Indian Flag. The name BHIM was picked by Sh. Narendra Modi, Hon’ble Prime Minister of India.

'Pradhan Mantri Bhartiya Janaushadhi Pariyojana(PMBJP)' is a campaign launched by the Department of ...

Acting as nodal agency under the Ministry of Commerce and Industry, Government of India, India T ...